Challenging barriers with the Book of Ruth 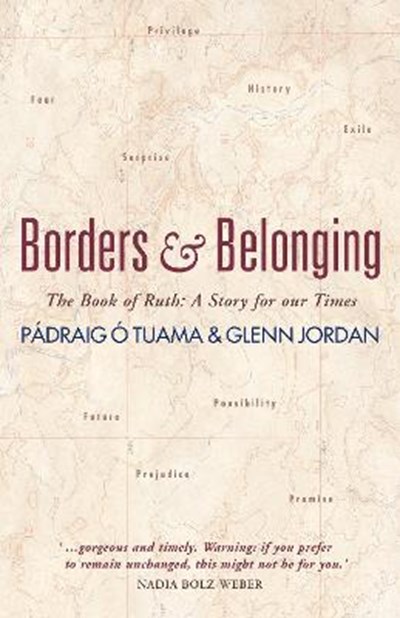 Challenging barriers with the Book of Ruth

Join now Find out more
Publisher: Canterbury Press Norwich
ISBN: 9781786222565
Published: 30/10/2020
Description Author Information Reviews
A leading poet and a theologian reflect on the Old Testament story of Ruth, a tale that resonates deeply in today's world with its themes of migration, the stranger, mixed cultures and religions, law and leadership, women in public life, kindness, generosity and fear. Ruth's story speaks directly to many of the issues and deep differences that Brexit has exposed and to the polarisation taking place in many societies. Padraig O Tuama and Glenn Jordan bring the redemptive power of Ruth to bear on today's seemingly intractable social and political divisions, reflecting on its challenges and how it can help us be effective in the public square, amplify voices which are silenced, and be communities of faith in our present day. Over the last year, the material that inspired this book has been used with over 6000 people as a public theology initiative from Corrymeela, Ireland's longest-established peace and reconciliation centre. It has been met with an overwhelming response because of its immediacy and relevance, enabling people with opposing views to come together and be heard.

Padraig O Tuama is a renowned poet. He broadcasts regularly on BBC 2's Prayer for the Day and on BBC Radio Ulster and is in demand as a festival and conference speaker. He is the author of several books including Daily Prayer from Corrymeela. Glenn Jordan is Public Theology Manager for Northern Ireland's Corrymeela Community.