Finding a Story to Live By 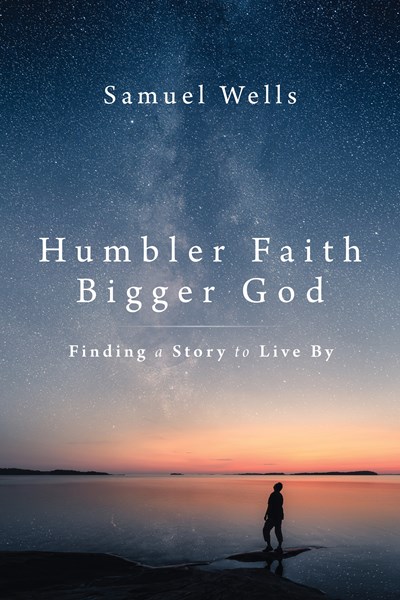 Finding a Story to Live By

Join now Find out more
Publisher: Canterbury Press Norwich
ISBN: 9781786224187
Number of Pages: 224
Published: 29/04/2022
Width: 13.5 cm
Height: 21.6 cm
Description Author Information Reviews
Samuel Wells explores the key tenets of Christian belief by engaging with the most widely used arguments against religious faith - that it's a crutch for the deluded, a fairy tale for the simple minded, the cause of so many wars, a drug for the poor, powerless against suffering, one path among many, and so on. These are serious accusations against Christianity and Samuel takes them seriously, seeking to understand how and why they have taken hold, what part the church has had in making people so resistant to its message and what better stories it can tell in today's world. Each chapter sets out traditional expressions of Christian beliefs, engages with the arguments against them and then seeks to express those truths afresh as stories that can inform and shape our lives. A study guide for groups is also included.

Samuel Wells is Vicar of St Martin in the Fields, London and a renowned public theologian. He is well-known for his broadcasting and writing, and is the author of more than thirty books.

The Print of the Nails by Hugh Hillyard-Parker, Paula Gooder, Samuel Wells