From Rome to Canterbury 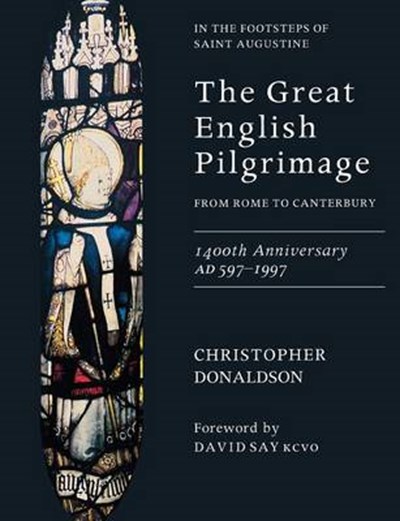 From Rome to Canterbury

Join now Find out more
Publisher: Canterbury Press Norwich
ISBN: 9781853110986
Number of Pages: 140
Published: 03/09/2012
Width: 18.9 cm
Height: 24.6 cm
Description Author Information Reviews
CHRISTOPHER DONALDSON settled in Canterbury with his parents and attended the King's. School. In 1935 he was accepted for training for the priesthood by the Society of the Sacred Mission at Kelham, near Newark, and was there in the vintage years when T.S. Eliot was an occasional visitor. He was ordained by Archbishop William Temple in 1943. After curacies in the Canterbury Diocese he was appointed Rector of St Mary in the Marsh, Romney Marsh, and then Vicar of All Saints, Birchington on the island of Thanet. In 1963 he was asked by Archbishop Michael Ramsey to take over the ancient church of St Martin together with St Paul-without-the-walls which stands beside the cathedral, In spite of working full time with his staff in his capacity as parish priest he became heavily involved in the Ecumenical movement, being deeply touched by the ministry of Pope John XXIII and the Second Vatican Council. As the secretary of the Canterbury City Council of Christians he welcomed many notable Christian leaders of all denominations to join in the activities of the Weeks of Prayer for Christian Unity. He also acted as Mayor's Chaplain which gave him opportunities to be involved in a number of Christian projects. He became captivated by the mysterious church of St Martin where he so often celebrated the Eucharist on the spot where Augustine and Queen Bertha had worshipped in An 597, He studied St Martin and wrote a book about him, which led him to want to extend his research into the early Christians. He and his wife left Canterbury to live amongst the Dorset hills where he studied, prayed and worked as a non-stipendiary priest, and was for some time chairman of the Bath and Wells Diocesan Advisory Committee. He wrote several books and booklets. As a child in Canterbury he had fallen in love with the River Great Stour which winds its way from Lenham, near Maidstone, through Canterbury to Sandwich and Ebbsfleet, and had spent many hours on and in it. As an adult he spent many hours walking along its banks, boating on it and painting its landscape. His hooks and folders on the walks along the Stour have led to it becoming one of England's long distance footpaths. During this time he realised he was following in the footsteps of St Augustine as he travelled from Ebbsfleet to go to Canterbury in 597. In spite of having suffered a stroke and a number of epileptic fits (now controlled) he made this journey on his own to Rome and back to Canterbury, and this very personal pilgrimage forms the book. He is a watercolourist and the drawings are all his own, made in sepia wash and line.